John Elliott, Gencor’s CEO, commented, “Gencor has experienced significant growth over the past two and a half years with revenues increasing over 100% and operating income increasing exponentially over the same period.  In the third quarter, revenues were up modestly from the prior year as deliveries on some equipment shifted to the fourth quarter.

Backlog of approximately thirty million entering the fourth quarter of 2018 decreased, as the prior year benefited from sales after the highly successful March 2017 ConExpo show and the effects of the transportation bill (FAST Act).  As we noted in the 2017 third quarter earnings release, the significant number of sales during the summer months of 2017 were atypical of historic buying patterns from our customers due to pent up demand.

We continued to experience inflationary cost pressures on steel and numerous purchased items in the third quarter.  We expect those pressures to continue throughout the fourth quarter.  As always, we work closely with our suppliers and internally on cost savings initiatives to lessen the impact to the company and our customers.” 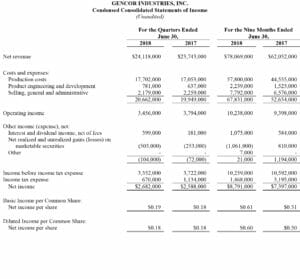 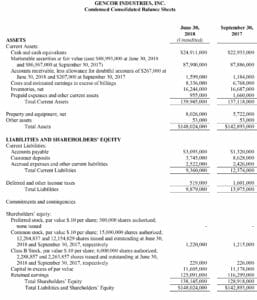