On December 22, 2017, the U.S. Tax Cuts and Jobs Act (the “Tax Reform Act”) was signed into law by President Donald Trump. The Tax Reform Act significantly lowered the U.S. corporate federal income tax rate from 35% to 21% effective January 1, 2018, while also implementing a territorial tax system and imposing repatriation tax on deemed repatriated earnings of foreign subsidiaries. Accounting principles generally accepted in the United States of America (“GAAP”) require that the impact of tax legislation be recognized in the period in which the law was enacted. The effective income tax rate for fiscal 2019 was 20.5% versus 15.7% in fiscal 2018.

During the fourth quarter of fiscal 2019, the Company changed its method for accounting for cost of inventories from the last-in, first-out (“LIFO”) method to the first-in, first-out (“FIFO”) method. The Company believes the FIFO method will improve financial reporting by better reflecting the current value of inventory on the condensed consolidated balance sheets, by more closely aligning the flow of physical inventory with the accounting for the inventory, and by providing better matching of revenues and expenses. As required by GAAP, the Company has reflected this change in accounting principle on a retrospective basis, resulting in changes to the historical periods presented. The retrospective application of the change resulted in an increase in the Company’s September 30, 2018 retained earnings of $2.8 million (net of $0.8 million in taxes) and an increase to the Company’s net income of $130,000 (net of $45,000 in taxes) for the year ended September 30, 2018. This change did not affect our previously reported cash flows from operating, investing or financing activities nor did it have a material impact on the previously reported quarterly operating results for fiscal 2019.

John E. Elliott, Gencor’s CEO, commented, “Gencor’s fourth quarter results reflect a more typical level of production, as the increase orders we enjoyed in recent years as a result of the FAST Act have tempered.  The FAST Act is scheduled to expire in 2020. Currently, there is no approved Federal infrastructure bill to replace the FAST Act although the recently passed resolutions did include continued funding of the FAST Act through 2020.

In the second half of fiscal 2019 we experienced a normal ordering pattern where customers place large equipment and plant orders in the latter part of the year, with the expectation of delivery in the late winter and early spring months. We have been able to respond to changes in the market place by ramping up production when demand increased from 2016 to 2018 and reducing production levels as demand has normalized.  We plan to continue cost improvements and to adjust production based on demand, to maximize productivity and profitability.

After the fiscal year ended, we are benefitting from an increase in orders for production and delivery in fiscal 2020.  As we prudently increased stocking inventory in the summer months, we have converted this inventory to revenue more quickly which has allowed us to accelerate our typical lead time on equipment.

We believe we are well-positioned to capitalize on demand for asphalt plants and related components as we continue to strategically invest in our business.  We continue to take action to reduce the impact of U.S. tariff policies, raw material volatility and a continued tight labor market.” 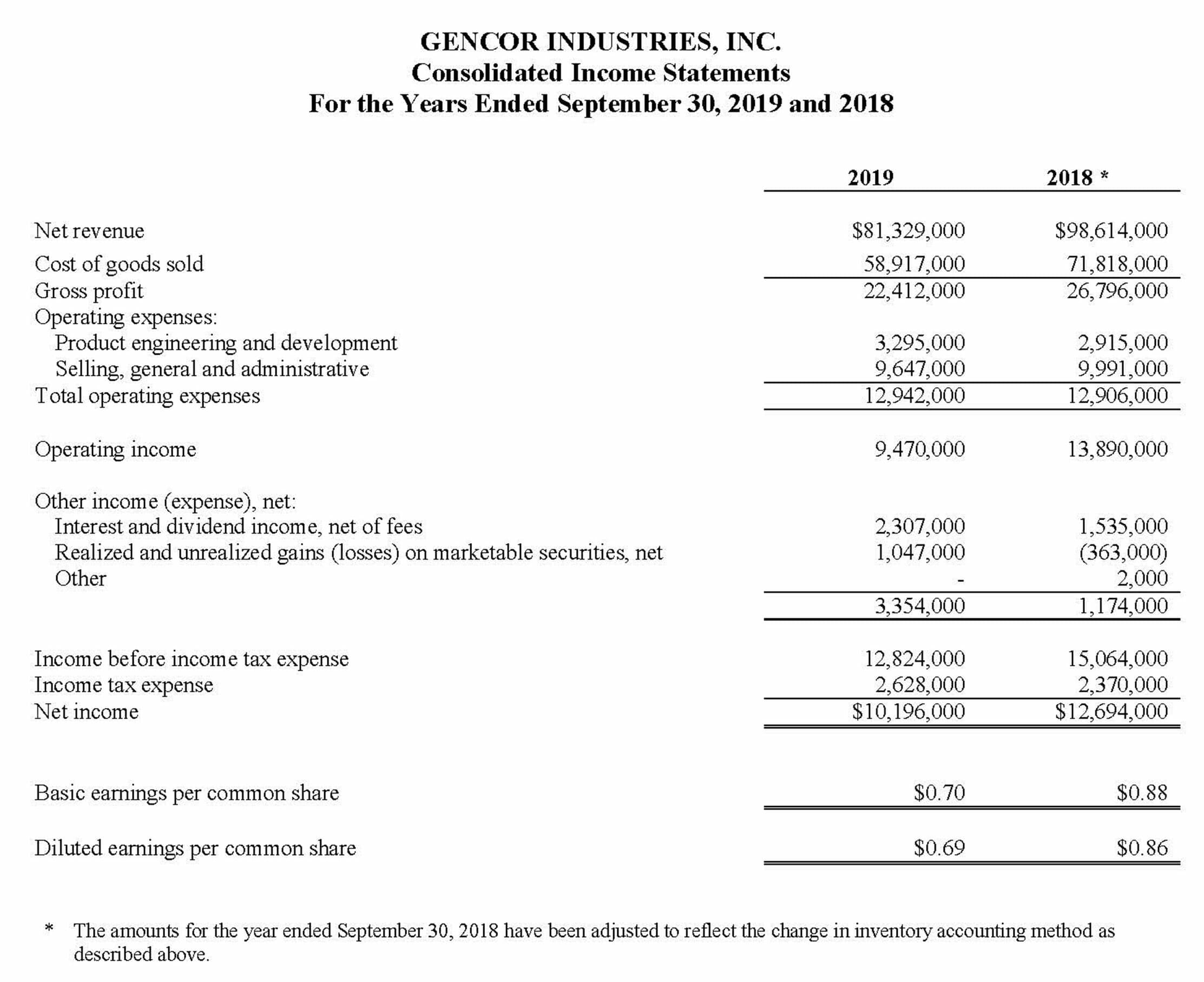 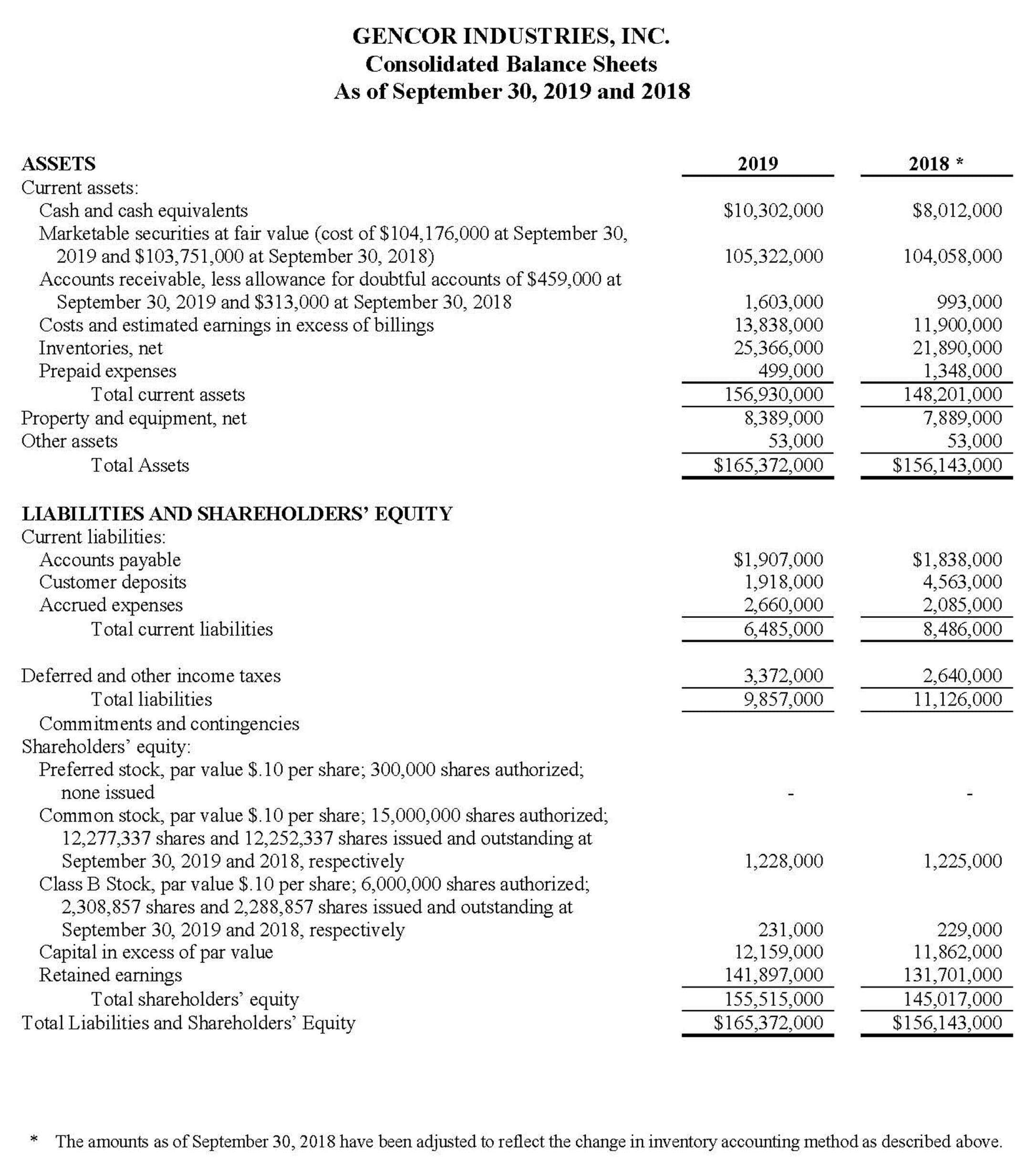