John Elliott, Gencor’s CEO, stated, “First quarter revenues of $21.3 million reflect a moderate slowdown in order activity from the prior year, when the company had record backlog and revenues.

The Fixing America’s Surface Transportation Act, or FAST Act, is in its fourth year of the five year bill.  The bill has provided confidence in Federal funding with moderate annual increases over the five years.  Gencor has benefited from the FAST Act as many of its customers anticipated improvements in their business and therefore made an increasing level of asphalt plant and component purchases.

Gross profit margin for the first quarter was unfavorably impacted by reduced volumes.  However, this was more than offset by improved efficiencies and realization of cost savings initiatives resulting in a slight increase in the Company’s quarterly gross profit margin. Steel prices have stabilized since October.   The Company successfully minimized the impact of steel inflation over the past two years, but still absorbed a 36% overall increase.

Despite the decline in revenues, operating income and operating margins increased as the Company continued to manage expenses.

Backlog of $34.8 million is 30% below the prior year backlog of $50.2 million due to a lower number of large asphalt plants orders.  The Company anticipates a moderate level of order activity to continue in 2019.

Gencor will be exhibiting at the 2019 World of Asphalt show in February.  Last year’s show brought a lot of interest in our products.” 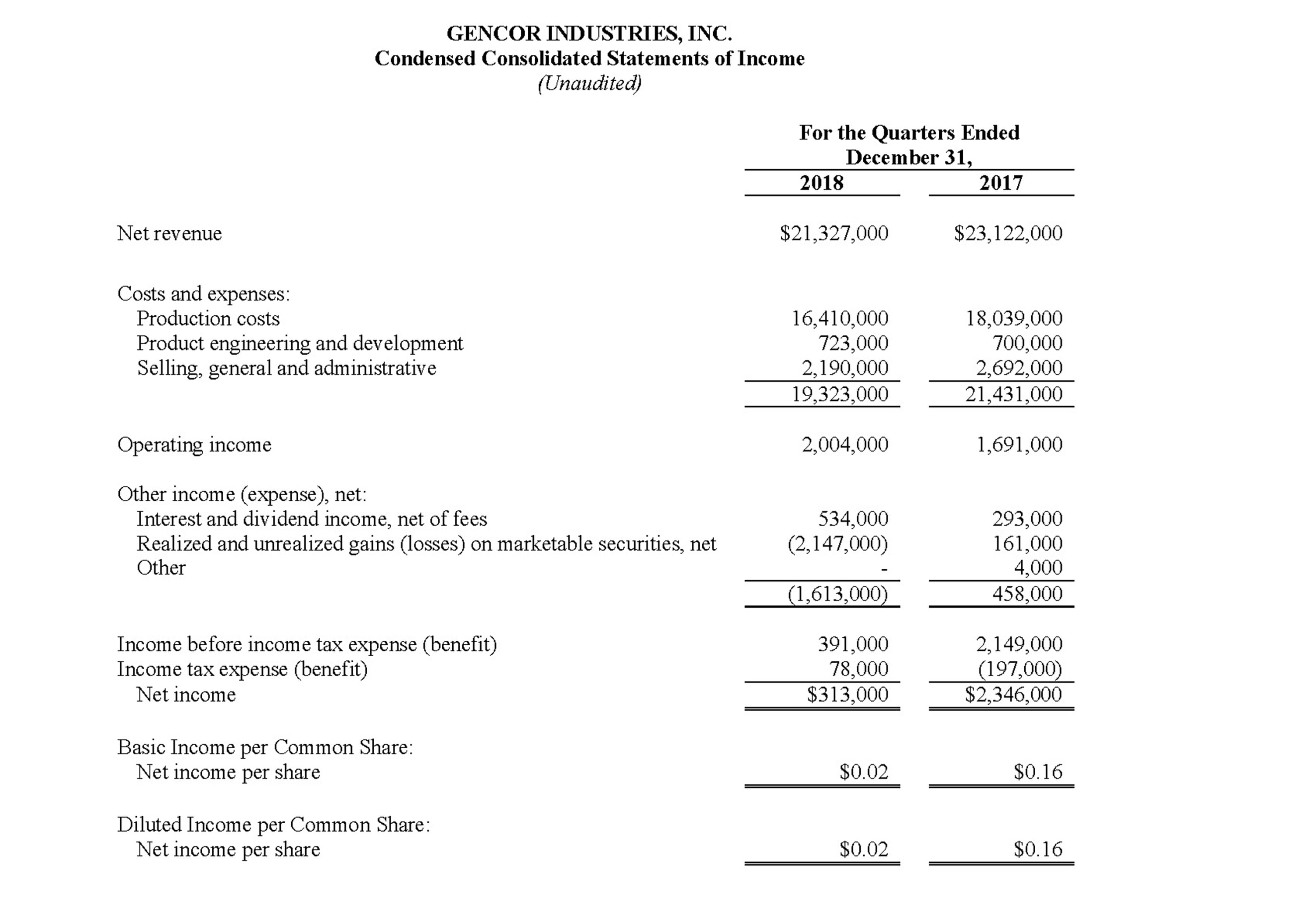 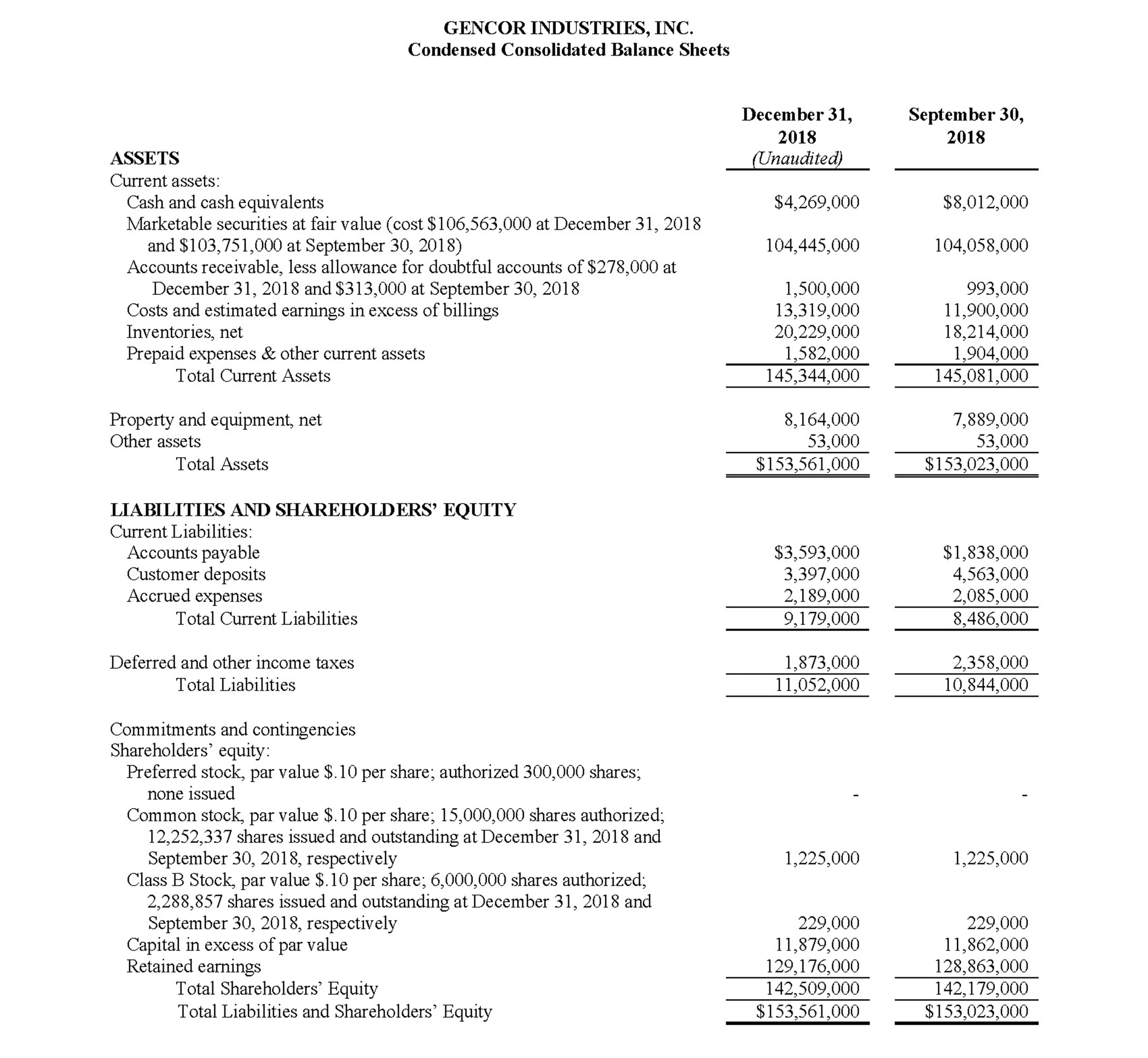